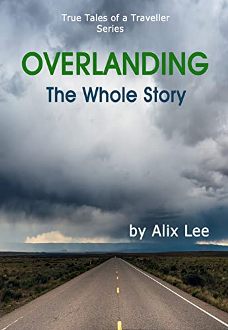 This is a travel story and an account of an eventful journey I made in the 1980s. This piece of travel was also a harsh lesson for me as a traveller in the virtues of being prepared for any journey into terra incognita. But it is also much more than that. Whether by fate or by chance, this overland journey from south Asia to north-west Europe consisted of one long series of lessons in the follies of racial prejudice and ethnic chauvinism.

The story includes examples of racial and ethnic prejudice and discrimination involving, one way or another, Japanese, Pakistanis, Iranians, Arabs, Turks, Greeks, Germans, Dutch, British, and Irish, whites, blacks, Jews, Muslims, and non-Muslims! I was both a victim and a perpetrator of racial prejudice and ethnic chauvinism on this trip. To learn how exactly, please download the book and read on...

Additionally, the first part of the journey, from Karachi to the Turkish border with Iran, was relatively dangerous, not due to involving difficult terrain, but rather to man-made hazards. So, it's not just the kind of travel story where you learn a few tips on sightseeing and local cuisine either!

To read an excerpt from Overlanding, please see the excerpts page on my website.

Like all my books and stories, this one will be available free on Amazon from time to time.

This book is more than a travel story (the three stories are actually linked, so it's like one long story). What I liked most about it is that in addition to being an exciting story, it is also very thought-provoking.