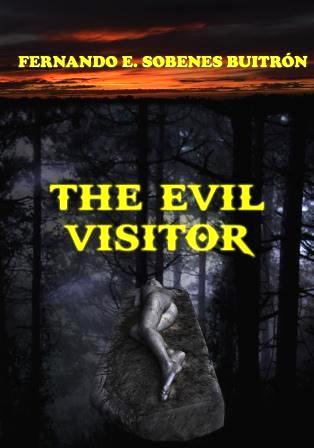 Northern Kuwait 1991 during the Persian Gulf War. Peter Donovan, lieutenant in the US Army, commanding a group of soldiers; walks into an ambush in the Iraqi desert and as a result a massacre occurs. There he finds an amulet that he puts in his pocket without knowing that it contains a hidden power; and because of it, has his first terrifying encounter in a grave underneath the sands of the desert with an evil being that takes him to death's door.

Several years pass after these events and Peter, after leaving the Army, moves to a place in the United States where he settles down, gets married and begins a family. It's beautiful place where people live happily far from the stress of the big city. Others that live there also enjoy the pleasant climate, tranquility and beauty of the place with its lake and wonderful forest.

Peter serves as the town sheriff and gets together on the weekends with some other families. Their lives continue with peace and happiness until the day when they play with the Ouija Board, using the amulet that Peter brought from the Iraqi desert. They unintentionally open the door for evil to enter their lives; destroying them, sowing fear and death. Paranormal phenomena, blood-curdling demon possessions and tragic deaths create a climate of suspense and terror in this work.

This novel deals with the matter of the fight between good and evil. One of the protagonists, Father Josh Carter, fights again his principles and everything he learned in seminary when he realizes that the Church contradicts itself and doesn't comply with its own precepts. He begins to doubt his faith and his religious superiors and proves to his dismay that he has been deceived, which tears him apart emotionally.

The work also deals with the theme of exorcism and the vision that the Church has towards it, and the manipulation that occurs in these situations. Problems of a mental nature are conveniently used as methods of propaganda and to control the faithful. This novel immediately grabs the read and is geared towards adult readers, people who enjoy emotions that are strong and that make them identify with the characters their lives, fears, loves, and sufferings. It is a lively, emotional novel, full of suspense.