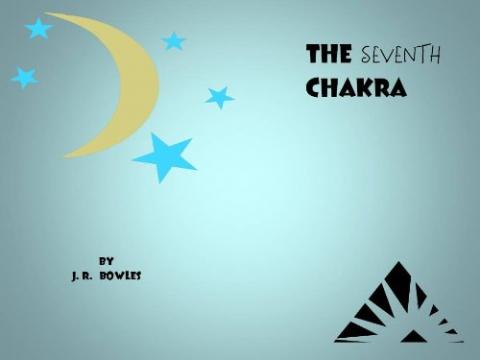 This book was written 20 years ago and every publisher then  said there was no genre for it, except for one, but at the last minute the "Board" backed out of publishing it. Times have changed and it is finally acceptable. I myself have always called it metaphysical fiction.
From Boca Raton, to New York City, to Roanoke, Virginia, this book is a metaphysical journey; an awakening awareness as the struggles of the universe are revealed through a diverse group of people who have been connected by fate.
Energy and power abound in a battle to understand what the universe is trying to tell them and what the fate of mankind will be.
With every vibration of energy upon one of the seven chakra the group slowly awakens to the building blocks of existence, laying out choices of paths they may or may not take.
A young woman, Jackie, a Coast Guard Petty Officer draws the attention of street preachers in New York, who believe she is involved with the coming of a new black Messiah.
Bernie who had only met Jackie is intrigued but unsure why.
Jamal the prophet of the coming black messiah.
John a software creator becomes the center of attention of all involved when power, energy, sex, and death, weave their existence as they become joined in a vision of the Universal Plan and the fate of everyone.
Sex, violence, and revelations into the mind of creation are keyed into the reader as their own Chakra's awaken. Everyone who reads this book will experience an awakening triggered by their life and their energy. Each reader will obtain their own level of awareness as their chakra are energized into an awakening.
Amazon.com: The Seventh Chakra eBook: J. R. Bowles: Books 105,000 + words, Metaphysical fiction.
I. THE GATHERING
"Within the later part of the twentieth century the energies of the universe shall align, apexing upon a point of tension. There shall be One born in the mountains of an industrialized nation who shall choose to lead mankind into the next era or return to the "Him" of which little is spoken. The awareness of the One born shall be directed by the lesser energies which are known as chakra.... Truth, like life, is constant but yet is it also in flux. Like the ocean's floor, one can not see clearly through distorted water. One must be able to swim close enough to perceive its reality and then this parable, like those before it, will be understood. Only then can the Universal Plan be grasped."
The Seventh Chakra - Available on Amazon

NOT NOT JUST FOR KINDLE YOU CAN GET YOUR COPY AT SMASHWORD IN THE FORMAT YOU PREFER. https://www.smashwords.com/books/view/160640?ref=JRBowles

Is this another author writing under a pseudo?

After reading the reviews on humanmade I bought this book. I'm a sucker for controversial books. It was a bit pricy compared to the .99 cent ones that are so plentiful but I bought it anyway at $4.99. Let me say I was VERY surprised. It was really one of the best books I have read in the past year. There were some paragraph or formating problems. I don't know why that was, I've seen that before with some digital download but it didn't interfer with the outstanding wordsmitthing of the author. KUDO's to J. R. BOWLES. Oh, and I can see why they said it was disturbing. I believe religious groups would probably won't it burned. LOL...Seriously.

I was almost at the end of the book before i caught the anagram. The psychology was over my head but I liked the charater Mindy.

This book is not recommended

This book is not recommended for people with strong religious beliefs or those under the age of 16.

Very disturbing book. Made me think.