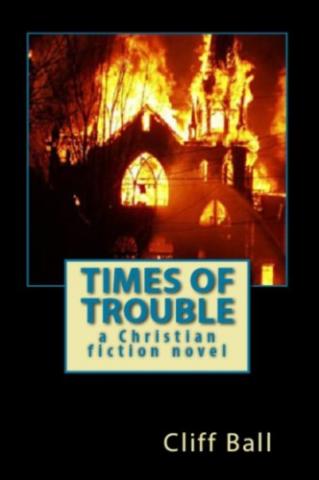 In the near future, the U.S. government has turned into a tyranny as the government agencies known as the EPA and TSA grow with ever more power, taking away the liberty many Americans had known for over two hundred years. They’re joined by a government agency, the Health Administration, which was put together in the mid-2010′s to regulate healthcare.
Told in first person point of view, Brian Atwood, our main character, is a field agent for the FBI in Omaha. His work involves mostly cyber terrorism and actual cases of potential real world terrorism. Eventually, his wife gives birth to their third child, who has Down’s Syndrome, which does not please the Health Administration because there are rules and regulations set-up in cases like these to prevent “genetic freaks” as they like to call them, from sucking up a lot of Health Admin money. Because the Atwoods are born again Christians, they never considered aborting the baby, so now the Health people have to take him away to deal with the problem later.
Meanwhile, the Secret Service decides to recruit Brian to be the personal agent of POTUS due to his great work involving a case that dealt with terrorism that would’ve involved Offutt Air Force Base. Brian’s faith is tested every day as he deals with a man that has no morals from what Brian can see, and is tested even more when his wife finds out that she’s dying from a fast growing form of breast cancer. Trouble in the rest of the world occurs as Iran attempts to nuke Israel, which fails spectacularly, so Israel takes care of the problem. This brings condemnation from everyone, including the US, which takes the side of Iran.
When the re-election of POTUS doesn’t turn out the way he wanted it, he and his people declare the election nullified because of supposed “irregularities” with the ballots. POTUS claims that the new President-elect may take the seat sometime in the middle of next year, if everything looks to be sorted out. POTUS purges his staff of what he considers unloyal people, including Brian. At the same time, he loses his wife, but regains the son he thought he had lost.
Brian moves back to his family home in Nebraska, where we follow what happens as the country slowly falls apart. Events play out as Brian and his family sees the End Times approach.
Buy on Amazon
Times of Trouble (Paperback edition) on Amazon
Also on Barnes & Noble Nook
ISBN:
978-1469964799

United States
Cliff Ball lives in Texas, is a Christian, has two BAs, a Technical Writing Certificate, and has published ten novels and four short stories so far.
Learn more about Cliff Ball

Also on Smashwords for other

Also on Smashwords for other e-readers: http://www.smashwords.com/books/view/129266