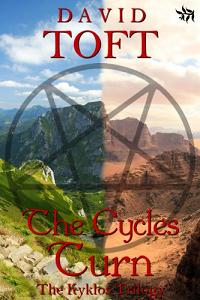 Paranormal fiction with an Irish twist and book one of The Kyklos Trilogy.
Author David Toft Website

Born in England, living in Ireland, pining for The South of France. David has been writing fantasy and paranormal fiction for adults for over twenty years.
Endgame, David's first book was published by Wings ePress in 2009 and was followed by five other titles including The Butterflies Trilogy. He moved to Irish based Tirgearr Publishing in 2013 and they released The Cycles Turn, book one of The Kyklos Trilogy in April of that year. Book two, Worlds End is contracted to Tirgearr and due for release shortly. Book three is a... more