A Knight of Change 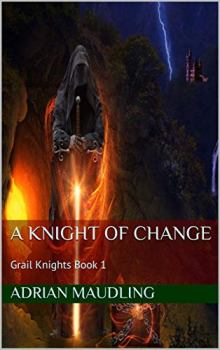 So a Knight a Druid and a bunch of Fae beings go into a bar. Sounds like a good joke?
Unfortunately Mark and Allison are not laughing as they are dragged into the confict between light and dark. With no idea which side is which.
They have been gifted with the ability to control the Elements? Fire, Air, Earth and water bending to their will. That's the power wielded by the Grail Knights. And they have been drafted new abilities, new friends and new truths. Can they master their abilities and accept all the changes that come with them?

The characters and theme sprung from a free-form role playing game a few friends and I played many years ago. we were looking for something different and new to play to stretch our imaginations and we pulled our ideas together to create the idea for a group of magical knights fighting evil in a modern day setting.

A Knight of Change | Available from Amazon

Well I was born in Colchester in 1970 and have lived in East London and South East London. I eventually settled in Norfolk and I’m still here to this day.
I have been a lover of Fantasy and Science Fiction since i was little and that is where I have always set my ideas for stories.
Most of my character for the Grail Knight series were developed as a modern day set Roleplaying adventure which me and some friends played when we were younger. I realised the adventures we would create were just played out stories and eventually I started to write ideas down more for reading than... more