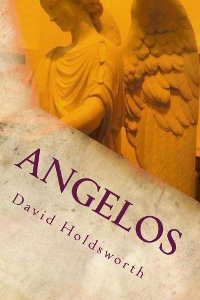 "This short story will help us to engage with our own inner voice and to find the courage to find expression for our convictions. I thoroughly enjoyed it and was left with much to ponder. Do actions really speak louder than fine sounding words?" (Mark Hadfield, Coordinator, Inverness Street Pastors)

"Culloden, Scotland, April 1746 All around was the awful sound of moaning. It was not just mournful, but the sound of immense suffering, the cries of dying men. The battle had waged on, and the day was far spent. In dirt and blood, the soldiers waded on. Horizontal rain, snow, and wind made the normal battle conditions much worse. Near the edge of the field I stood holding a gun, pointing it at the lad who had once been my best friend. He was dressed in the red coat of a government soldier; I was not."

Angelos opens on the field of Culloden, Scotland, as the legendary battle of 1746 has ended and the wounded Jacobites are being shot or clubbed to death. Davy MacLeod holds a gun to the head of his former friend, Paul Cope, his hands shaking, ready to pull the trigger on this man who betrayed him and delivered his family to death. This man who took even his beloved from him. Revenge seems a foregone conclusion. The trouble is that Davy is a radical, one who does not believe in violence and who has eschewed any form of warfare in the name of God, man, or society. In a Europe torn by religious wars, he identifies with the Anabaptists, the Radical Reformation, people whose teachings spread through ratty pamphlets and stands taken for love and allegiance to the Prince of Peace.

This short story is a historical fiction romance set in Scotland. It is an adventurous attack on the myth of redemptive war.