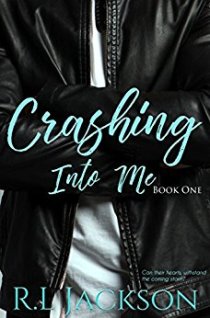 -Although they are snowed in together, the ibetween Lana and Kayden thaws each minute they spend together. But can their hearts withstand the coming storm?

A year after being left at the altar, headstrong E.R Nurse, Lana McKenzie is finally piecing her life back together. Tired of seeing her ex and his new girlfriend at every turn, she longs for blissful solitude and can't wait to enjoy a peaceful vacation alone in the mountains. However, her plans go awry when a rude stranger literally crashes into her life and mind.

Handsome and wealthy bad-boy, Kayden Capshaw is struggling with the death of his brother, while also trying to escape the claws of his controlling mother. In his grief, he wants to lay low and avoid the fallout from his last run-in with the law, but that becomes impossible when he finds himself snowed in with the distracting Lana.

Despite their friction, the ice between them thaws every minute they spend together, and they find that they have more in common than realized. Will the fiery passion they crave in each other burn bright, or will outside forces put out the flames?

Crashing Into Me - from Amazon

I wanted to write a book with a strong, no-nonsense woman, that was different from what was already out there. These characters come with unique baggage, and find redemption with one another in spite of their reservations. It's about taking chances, forgiveness, with many twists you won't see coming!

A Review: "If you're looking for a book that is fresh, full of surprises, has steam and romance and keeps you on the edge of your seat, this is the book for you. I can't wait for the second one to come out. The only thing I want to do is wring Kim's neck from the west to east coast, but you'll have to read the book to know what I mean. Really good read!!" United States
R.L Jackson is an avid reader and writer, hailing from the Sunny state of Florida. She is also the Editor In Chief of Indie Authors Monthly a new magazine created for readers and authors. She enjoys binge watching Netflix, uses her treadmill as an oversized coat hanger, and hopes to make a best-seller list someday.
Learn more about R.L Jackson