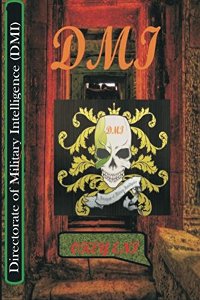 This is a story about a killer group established by a despotic military ruler in Nigeria to eliminate perceived enemies of the government, who were agitating for a return to democratic governance. It began with a covert operation staged by the SS Squad of DMI, to eliminate Chief Femi John, a business mogul and financier of pro-democracy activities. It was led by Captain Sabo Yakubu, who when he shot his way to the target’s bedroom, found him dead. Inspector Fred Ugo of force headquarters was assigned to investigate the murder.

Rotimi Jegede a fiery human rights activist and popular lawyer had a meeting with Chief John the next day. He felt threatened and called a world press conference the next day to insinuate that the government murdered Chief John. He organized a nation wide civil unrest the type that has not been seen in Africa before in protest. Meanwhile back at the DMI office Sabo’s boss did not believe his account that he found the target dead, and charged him to unravel who the mysterious killer is. Sabo started tailing one of the operatives of SS Squad Sergent Jide Olokun, who was top on the list of his suspects.

All the pointers in Fred’s investigation kept revealing that government was responsible for the murder. Back home Fred was having a running battle with his live-in lover Gini about getting married. At the age of 35, Fred was getting the heat from his parents and relatives to get married. Rotimi was having serious personal battles of his own. At the age of 43, he was still single and lives alone with his steward. He was battling with Indian hemp addiction, alchohol addiction and frolicking with prostitutes.  Fred discovered that one of Chief John’s aides helped the killers with information; he wanted to use him to apprehend the killers. However, when the aide contacted DMI demanding Fred’s death, Sabo was sent by his boss to case out the aide’s residence for a possible strike. That night the mysterious killer murdered the aide. When Sabo was sent with his team to Ibadan to eliminate Alhaja Mogaji, another pro-democracy activist, he found her murdered but upon brief examination of the crime scene, he discovered a tiny piece of hair belonging to the mysterious killer.

DMI from Books2Read
DMI from Amazon