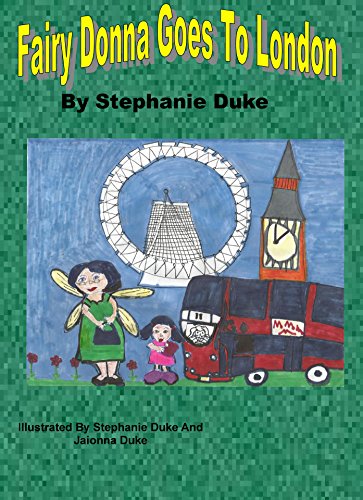 Fairy Donna and Jaionna or off on an adventurous journey. Filled with laughter, fun and a few mishaps along the way. Joining them is Fairy Donna's sister Lawanda Fairy. This is a continuing story of a sweet little girl who is filled with life and loves to travel and meet people and do new things. This one won't disappoint; we have some old friends along and some new ones. Come and join us as we learn how brave and faith filled little Jaionna is.

Stephanie Duke, was born in (1957--) to Early Williams, an army soldier and his wife Minnie, she is the oldest of three. Raised a military brat, Stephanie experienced traveling the world at a very young age. Which took her from Washington D.C. to Germany and more, then to Birmingham, AL. Were she meet and married her high school sweetheart. To this union, was born seven sons. Stephanie started writing poetry after the death of her husband in 2006. She writes to inspire and to bring hope to a world without hope.