I'll Try to Behave Myself 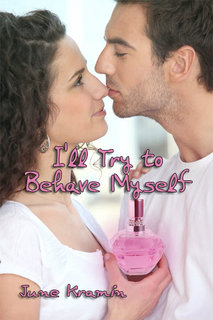 Trying to leave an affair that happened on vacation would be easier if it hadn’t happened with your business partner.

When Char receives the news that she has been promoted to partner, she should be ecstatic. Instead, she is in Puerto Rico, having fled there after finding her husband in bed with another woman, her dreams of starting a family shattered.

Andy, her boss, unaware of what has happened, tracks her down to bring her back home. Encouraged by the tropical heat, the peaceful surroundings and the unending allure of water, they are soon drawn to each other in a way they had never experienced before. Char knows that her marriage is over. She also knows that an office romance is not what she wants. Her heart and his actions, tell her otherwise.

Char consistently pushes Andy away, trying to keep some semblance of order in her now-crazy life. Getting through one last major account becomes her focus; then she can concentrate on her future and her independence. Her plans are on track, until she discovers an unexpected souvenir from Puerto Rico: she is carrying Andy’s baby.

Other books by June Kramin