Race to the Edge of the World 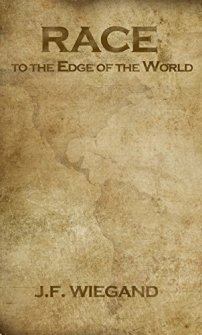 Joe McGee has hiked many miles in Oregon’s Siuslaw National Forest, but there is one place he has never seen. The bible speaks of it—the old earth—and at its farthest reaches, a mystical land dubbed The Edge of the World.

Of course, Joe doesn’t believe it exists. Why would he? This land is not on any map and Joe’s not one to question things. He believes everything he reads and always follows the marked path.

But on his way to meet his Boy Scout troop at the Grand Canyon, Joe’s flight crash lands in Siuslaw, passing through the threshold of the old earth. There he finds his father and a strange, primitive group known as the woodsmen. And they all want to be the first to reach the edge. Can an anxious, unassuming Boy Scout beat them there? Only if he can find the courage to veer from the path.

Race to the Edge of the World - Available from Amazon

For the past 15 years, J.F. Wiegand spent his days as a software developer writing code. He’s capable in several programming languages and technologies, but felt limited by the rules and restrictions of software. As a release, he began writing a short story at night, which eventually became his first book.

Although he still writes code during the day, his evenings are now spent writing books. He's currently working on his third, the sequel to Race to the Edge of the World. He lives in Mount Airy, MD with his wife and three children.