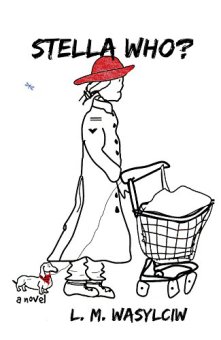 Stella wandered the streets of Victoria, BC, cold, wet and hungry and living a life of misery. On most days Stella would rather have been dead, yet she struggled along, hidden in the wide open, taking her place within the nameless, faceless and placeless tribe. Attempting to remain invisible she pushed her trolley filled with junk, moving from alcove to park bench then back again and doing what it took in order to survive, always hoping to remain anonymous.
Faced with constant hunger, Stella begged, knowing that her very existence was based on the generosity of strangers. She hung her head in sorrow and shame, rattling a single coin in a tin can and trying her best to forget the very reason she was there.  Stella never spoke of her past and was determined to keep her life-story a secret.

Homeless people were once called hobos, those who hopped the rails, often looking for work. Homelessness is a social issue that stems from a multitude of concerns: drug addiction, illness and poverty, plus so much more and it is projected that there could be as many as 30,000 sick, wet, cold and hungry homeless Canadians, seeking warmth and food on any given day.

Canada
L.M Wasylciw’s first novel was published in 2013 and in total she has self-published 12 books: 8 adult fiction and 4 adult non-fiction. Human behaviours intrigue her, leading her to spend a great deal of time analyzing what people do and why. She is constantly trying to make sense of things that do not make sense to her. Wasylciw is passionate about humanity, has great concerns about the...
Learn more about L.M. Wasylciw