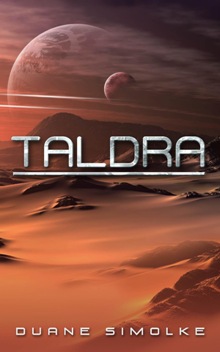 “Edge-of-your-seat action, scenes that detail the turmoil and terror of an alien attack and an inside look at love and acceptance for humanity’s differences.” —Tome Tender

The Taldra novels focus on gay relationships, people of color, and powerful women.

In an alternate reality, Earth is Valchondria. The one-world government consists of Leader, the Supreme Science Council, and a police force called “the Maintainers.”

Degranon: A Science Fiction Adventure introduces the Iroquois scientist Taldra. One of her twin gay sons becomes trapped on the other side of a time portal while the other loses himself to the religious cult Degranon. Can they find their way back to each other before the Degrans destroy Valchondria?

In Sons of Taldra: A Science Fiction Adventure, alien shapeshifters and the secrets of the Maintainers threaten humanity. Taldra’s twin sons and their boyfriends rally to her side, along with a lesbian Maintainer.

“A quick fun read for anyone who enjoys sci-fi and adventure books. The plot was compelling and the characters were engaging.” –Fiction Flock.

United States
Duane Simolke wrote The Acorn Stories, Degranon, Holding Me Together, Sons of Taldra, and New Readings of Winesburg, Ohio. He also co-wrote The Return of Innocence and The Acorn Gathering: Writers Uniting Against Cancer. Three of his books received StoneWall Society Pride in the Arts Awards, and one received an AllBooks Reviewers Choice Award. His writing appeared in nightFire, Mesquite,...
Learn more about Duane Simolke