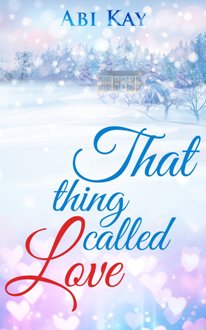 This is a truly touching and gripping story, and will have you hooked right from the start.
The novel is set within the backdrop of the British legal industry. Isabel Harris and Edward Taylor are great colleagues but have no romantic inclination to each other whatsoever.
Edward: the charming ladies’ man, enigmatic, devilishly handsome and the best lawyer around.
Dowdy Isabel is obsessed with her job, but damn good at it, and in contrast lives a simple life. She is very cagey about her personal life, and gives nothing away about her past.
They never look upon each other as anything other than work colleagues.
That is, until a fire at Isabel’s flat leads to her spending Christmas at Edward’s family home, where they begin to see a different side to each other. Edward's mother is dying of cancer, and Isabel helps Edward though this difficult time, during which time they begin to develop feelings for each other. After the funeral however, when they return to work, Edward seems to go back to his normal self with his hot girlfriend Amanda, and so Isabel decides she should ignore whatever it is that she feels. She thinks he is way out of her league anyway, and would never dump his stunning girlfriend for someone like her.  As time goes on, she becomes more and more convinced of this, as when Edward and Amanda plan a romantic getaway to Paris, Isabel is convinced he is going to propose to her.
However, in a strange twist of events, they finally end up confessing their feelings to each other.
But any happiness is short lived, as this euphoria is followed by a shocking revelation relating to Isabel’s past.
This unimaginable secret threatens their relationship before it has even begun, and forces Isabel to make the most difficult decision of her life.
This story is full of tension, love, laughter, sadness, tears, comedy and everything in between. Just the sort of novel you need to come home to after a hard day at work, or when you are away on a relaxing break.

United Kingdom
Abi Kay is forty six years old, and lives in Solihull, in England, with her husband of almost twenty one years, and their four children. She is a lawyer by profession and she has her own successful law firm, but it is writing that has always been her true passion. She has been writing fiction for the last few years, finally finding the time between work home and family commitments, and now...
Learn more about Abi Kay