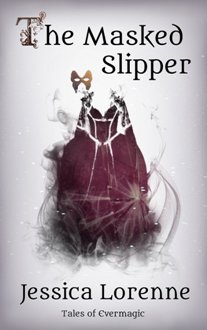 Standing in front of the prince she is being forced to marry, Nicolette realizes that her fairy tale has gone awry. She is a Cinderella, and she isn’t marrying the man she met at the ball she so begrudgingly attended in glass slippers she did not want to put on. She had always dreaded her fairy tale, but now she’s wondering what went wrong?

In this world where fairy tales are relived by the masses it is normal for the story to change, but not the love interest chosen by the magic. Instead of the sincere, kind, and charming masked-man she met at the ball, she is chosen by a spell to marry a complete stranger who is not only disinterested in her, but has the mental maturity of a ten year old.

But nothing is ever as it seems when Evermagic is involved, and through its guidance, Nicolette will find herself having to choose between leaving or staying with her new husband. But what is more, she must consider the possibility that she is now living in a second story, and this one might finally prove to her of her true worth.

Visit the author's website
This book is available from Smashwords

Jessica Lorenne started writing for assignments in elementary school, but didn't begin her first attempt at a novel until the age of 12 when she was inspired by Peter Jackson's adaptation of The Lord of the Rings, which she then read along with other works by Tolkien. This first story turned into the Bearer of Power series from which other relating projects have emerged.

She grew up in western Oregon where the national forest was her backyard. It became the backdrop for her stories, and fed the fantasy realm of her imagination. She started rewriting fairy tales while studying... more