The Tale of Euan Redcap 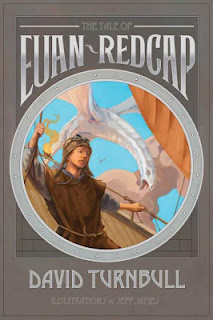 I’ve been working for some time on a more adult orientated fantasy called The Stoorworm that is becoming quite epic and could take over my life if I let it. It was inspired in part by the sea serpent old Scottish folk tale Assispattle and the Stoorworm, but features a Celtic Fascist Regime and has a strong anti- war message. I’ve put 8 chapters of The Stoorworm up on the HarperCollins Authonomy Website and I’ve had a few encouraging comments so far.

I’ve also written about three quarters of a follow up to The Tale of Euan Redcap. At the end of the first book Euan believes he is on his way back home to the Low counties – but will he ever get there?

David Turnbull was born in Edinburgh and grew up in the Scottish borders, an area of Britain quite similar to the Low Counties as depicted in The Tale of Euan Redcap.
He now lives in South East London, His short fiction has appeared in numerous magazines and anthologies; including stories features in Mertales and Fangtales both also available from Wyvern Publications. The Tale of Euan Redcap his first published novel. He is currently working on a follow up where Euan Redcap is drawn into further adventures with Captain Zachariah and a host of new characters.