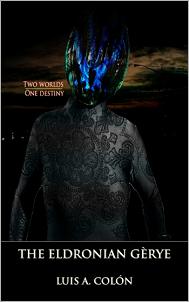 A lethal plot of madness and reprisal is unleashed by the psychologically unstable empress of a belligerent alien species against a teenage girl, in whose tormented sleep lie the clues to an extraordinary source of unimaginable power, and her knight-errant, a rogue black ops agent, whose stricken conscience drives him to reclaim his humanity.
Aided by a colorful supporting cast which includes a sagacious physics professor with a secretive past, and the rogue agent's mysterious unseen sidekick, this strange band attempts to out-think, out-maneuver, and out-gun a relentless female alien assassin, a callous no-nonsense black ops unit chief and his cadre of trigger-happy strike teams, and a rapacious political martinet, in a bid to save billions of innocent lives. They must weave through a tangled web of clues to uncover shattering revelations that threaten all mankind.
As the destruction and death toll mounts, allies and enemies are pushed to the darkest brink of obsession over interplanetary power, betrayal of old comrades and family members, and revenge for past wrongs all lead to the ultimate reckoning between good and evil aboard the mother ship of the power-crazed empress.
The Eldronian Gèrye

Luis A. Colón is a screenwriter, filmmaker, and fiction writer. He has worked as a grip for numerous independent films and has written and directed several short films that can be seen on the internet. Mr. Colón has written three screenplays in three different genres: Action, Drama, and Sci-Fi. He resides in Bayside, NY with his wife, son and their rabbit. This is his first novel.