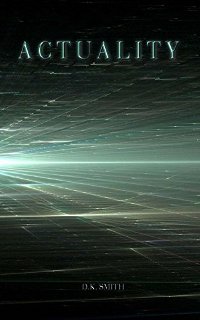 Science reasons that during REM sleep the mind disconnects from sensory input from the world around it. Professor Victor Melburn has worked for years to disprove that notion. His argument is that the mind of a sleeping person, and thus the person themselves, can connect to and even interact with the world around them… through memories.

What if the professor is correct? If a sleeping person consciously interacts with the world around them, are they really asleep? If the connection and interaction is made through memories, would the person be interacting with the past or the present?

The chance for the research to finally reach new heights is within reach, but the window of opportunity is rapidly fading. With an assembled team of student researchers professor Melburn makes one last push to accomplish his goal.

All of the theories are prematurely tested by the deep seated desires of one student researcher. The results far surpass all expectations… for better and for worse.

A native of Los Angeles, D.K. Smith began his writing career after getting news that he would soon become an uncle. Wanting to create stories and characters for his expected niece, he created the children’s book series “Sock n Boots Adventures.” The two characters (three year old Sock and five year old Boots) began to make names for themselves, generating downloads in countries around the world. From there, the love of storytelling blossomed into novels across multiple genres.

Other books by D.K. Smith