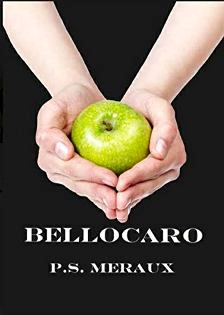 A page-turning novel in the tradition of stories like Twilight or Midnight Sun by Stephenie Meyer, or A Shade of Vampire by Bella Forrest. Bellocaro is a paranormal vampire romance fueled by an unusual mystery and a fight to stay alive.

Bellocaro will transport anyone who loves a gripping romance to a new world down South.

Fleeing the school jock who thinks she should be his, Skye Moon encounters a strange boy in the woods. After meeting the mysterious and captivating Thatcher Blue, she is dragged into a nightmare. Skye is targeted by a vampire who wants to kill her just for being near the alluring Thatcher.

With a target on her back, she doesn’t know if she’ll survive. Skye has known fear before, helping her mother battle a life-threatening illness but never has she had to deal with a vampire stalker.

Skye hopes that the dark-eyed boy from her premonitions will keep her safe, if he ever reveals himself.

She is astonished when Thatcher and his family come to the high school run by her mother. Thatcher has managed to keep the secrets of his monster family hidden for more than a century, but not from Skye. She rightly suspects the new kids are something other than ‘kids.’

Complicating matters is the way Thatcher looks at her, like she means the world to him because he has visions too. The pair find themselves caught between danger and longing.

Will Thatcher save her?

Profoundly romantic and thrilling, Bellocaro captures the life and death struggle between disobeying your intuition and following your heart. Readers Favorite Award-winning, best selling author P.S. Meraux brings humor and heat to this novel that will drive fans of vampire love stories wild with enthusiasm.

United States
I mainline coffee and chocolate, worry about the width of my hips and peruse too many cookbooks. I suspect I wouldn't fret about one if I didn't indulge in the other. I'm also an avid mountain climber, photographer, piano player, karaoke singer, shoe hoarder, seamstress and clothing designer. I do my best writing near Scottish lochs, mountain passes, campfires and at home in Atlanta,...
Learn more about P.S. Meraux