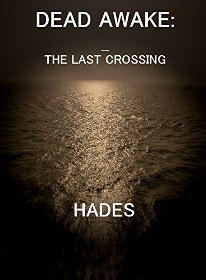 With nothing in common, love sets the trap and they have everything to lose . . .
“Gripping and powerful Dead Awake captures the sheer drama and emotional power of true love as it is thrust down to dark realms of self-doubt and despair - where the delicate details of intimate meaning are torn and obscured by human error.”
Los Angeles Book Daily
Stunning sense of physical detail and elegant metaphors” (New York Reader) interweaving two lives from opposite ends of the globe, illuminating the way against tradition. A deeply magnificent novel from an author “whose sentences never fail to make you catch your breath” (Los Angeles Reviewer).
In the style of A Doerr, a masterpiece.
For readers of Atul Gawande, Andrew Solomon, and Anne Lamott, this inspiring, exquisitely observed memoir of a dying man as he hopes for beauty in the face of insurmountable odds and attempts to answer the question What makes a life worth living? True love. But what makes life worth dying?

Born from The Pit, Hades has traveled to the ends of the world, and drunken in all cultures. From the height of Berlin to the dawning of mankind, he is known by many titles.
After the dark ages Hades quickly realized that education was his primary focus. His first goal was to travel to the four corners of the world and spread his mission to the churches. Shortly thereafter, he gained his credibility by embracing science as the new religion.
Since then, Hades has continued to travel, focusing on the younger generation, targeting the cause of what is now being perceived as this... more