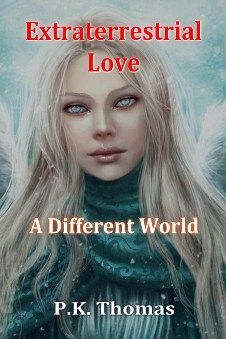 Seyai Narvez, a young alien from planet Oceana, came to Earth since she was a kid, looking for her soul mate. This is a search that every alien has to go through with approval from their Goddess and ruler, Osuarua. After going from state to state and suffering serious heartbreaks, Seyai has lost hope in finding her love. Not to mention, the stress of living in a foreign planet has gotten to her parents, especially her mother. So when she first walks into her biology class, she never expected to feel the intense spark form between her and her teacher, Zevran Michaels. When Zevran points out that his first name is her last name backwards, Seyai realizes it’s the first sign of a mate and decides to pursue him, ignoring his status as a teacher and his failing marriage. Despite Zevran’s false denial of attraction, their relationship thrives as they spend more time together, making each other’s lives better.

Meanwhile, in Oceana, Kashiek, an alien anxious to have Seyai for himself, threatens his colleague, Steve, in making Seyai’s search for a mate more difficult. Back on Earth, the tension between Seyai and Zevran increases to the point where they can’t stop thinking about each other. Seyai and Zevran’s time is cut short when Kashiek tries to kill them can their true love prevail?

Find out in this universal love story.

This book was inspired by a song by Katy Perry, E.T., it just came to me one day to write about an alien who is in human form, who meets someone that she feels so strongly about, that nothing can come between them and I have always been told I have quite an imagination and an amazing gift, that I want to share with the world.