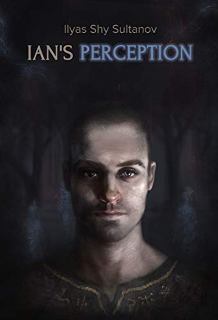 Planet Akriya, 1948 Ian, 29, had just gotten married and was reveling in each day with his beloved wife in their cozy apartment at the center Beacon, your average, bustling metropolitan city. Fate, however, has her own plans for him. After surviving a mysterious coma and cryogenic freezing, transcending time and death, Ian meets an enigmatic professor and acquires new skills and abilities as he forges a dangerous path that will take him through the ocean depths and lands corrupted by radiation, threatening his very sanity. Only he can save this world, which has only begun to recover from the destruction of an entire continent during the War of Four Continents, from a new peril – the Horsemen of the Apocalypse. Hunger, Pestilence and War. Why was Ian chosen for this? To find out, you will have to learn the answer to the very question our hero faces: Where and who is he, this God? Ian's Perception is a speculative fiction novel with fantasy and thriller elements that offers you just one of many answers to that eternal question.

At six years old, Ilyas Shy Sultanov discovered the extraordinary and boundless world of literature, starting with the book The Wizard of the Emerald City by Alexander Volkov, a Russian retelling of The Wonderful Wizard of Oz. It was then that the desire to create his own worlds was born, but the harsh realities of life sometimes lead us astray from our true purpose. Over the course of the next 20 years, during which he encountered the works of masters of the pen, such as Stephen King, J.K. Rowling, Clive Barker, Edgar Allan Poe, Bram Stoker, Andrzej Sapkowski, Yukio Mishima and many... more