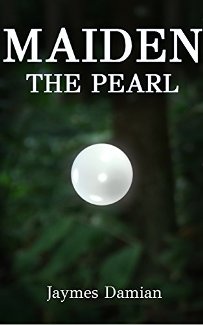 “After the Collapse, many, many years ago, there were only few survivors. Tribes all across the Physical began to form, some primitive, some highly technologically advanced, depending on the means they had left. Since resources were sparse, the tribes began fighting each other – for inhabitable land, drinkable water, and edible food. Central is the biggest tribe and the most technologically advanced one, if what they’re telling us is right, but it’s also the coldest, most controlling place I’ve ever known.”

May was born in the wild into a world of darkness, a world void of water, plants, and animals. The only survivor of a cataclysmic meteor shower, she flees to Central, the city belonging to the powerful tribe of Giza.

Ten years later, on her twentieth birthday, she is ready for her ritual: Each year, fertile women, so-called “maidens,” are given to the winner of a bloody fight which only one man can survive. Together, the maiden and the soldier are to produce a new child for the Ministry every year.

May is one of the fertile women, but, unlike many others, she sees no glory in her destiny and has no respect for the hot-tempered, coldhearted soldier she is married off to. Wanting nothing more than to leave Central, she makes a dangerous pact with him. On the strenuous way to freedom, May gets caught up in the sinister deeds of the Gizean tribe and loses her heart to another man.

The Pearl is the first book in the Maiden series, an exhilarating read fans of The Hunger Games, 50 Shades of Grey, and Twilight will love.

Forgotten Past Our Way Home