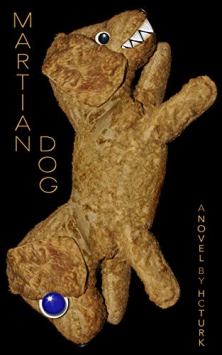 Melody Keen is the first child born on Mars, where her family populates a research settlement. When Melody is two, the adults begin vanishing. Though they return minutes later, they are not completely human. Melody is left alone with aliens who are using the bodies of her family members as hosts.

Arriving days later, the rescue team finds Melody alive, and her family dead. The Terrans learn little of the aliens; the traumatized child remembers nothing.

Melody is returned to Earth. She does not seem to be physically affected until nine years later, when her hormonal balance changes. During exploratory surgery, scientists discover that the aliens implanted a temporal device in her: a time bomb. When surgeons attempt to remove the device, Melody begins to die. She only survives because her internal structure is returned to its previous, alien state.

Melody, the space baby, becomes the most famous person in the world. Troubled as a child, she often tries to run away, but only succeeds when she is 22. Using an elaborate scheme, Melody returns to Mars.

The settlement has been expanded into a resort. Terrans pay fortunes to vacation there, hoping to find aliens. Exactly Melody’s goal. Instead of solving her past, Melody enjoys herself with a new friend, Georg. But Georg proves himself a traitor when he takes Melody to extremists who want to find the alien truth in her by cutting her open. As soon as they touch her, they begin disappearing. The original vanishing is being repeated.

Mars is cut off from Earth. Emergency evacuation fails when the pilots on Mars vanish from their ships. Soon, the population of the Martian resort is reduced to one: Melody. As before, the people soon return, as alien versions of themselves. Melody has to face them alone.

Melody is largely ignored until she is forced to attend a funeral, where her implant will come to fruition.

There, Melody learns that the aliens are unfathomable entities drawn to Mars by the artificial gravity experiments. Understanding that art-grav is corrupting time in the stellar system, they tried to end the problem. Since Melody is the key (because her birth was perverted by art-grav), they implanted a solution inside her, which required decades to develop. But Melody is a human, not a machine, and using her to solve the time/gravity corruption fails. The result is that a black hole begins forming.

The new solution is for Melody to live her life backwards. Her relived experiences range from the horrific to the hilarious, and inexorably lead not to the end, but to Melody’s beginning. There, she will make a better start: for herself, her family, and the Solar System.