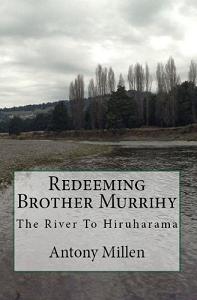 Conrad Murrihy's mother is dying and she has one final wish: to see her eldest son Francis who has not contacted home in two years.
In a race to find him and return home to his mother, Conrad travels far from his native Nova Scotia, Canada and through the heart of rural North Island, New Zealand following leads to Taumarunui, Auckland, Whanganui, Ratana and, finally, on an epic journey up the Whanganui River.
Along the way, Conrad discovers his brother has been living multiple lives - as a Catholic brother, a spoken-word poet, a suspected criminal and a new kind of poropiti for iwi Maori.
Conrad's search forces him to confront issues in his own life - issues of commitment, family loyalties, reconciliation with the past and openness to future possibilities - brought on by his encounters with the people, places and spirits of New Zealand.
In this, his first novel, Antony Millen explores the complex spiritual fabric of New Zealand while still telling a simple story of a man trying to mend his family.
Buy on Amazon
Redeeming Brother Murrihy: The River To Hiruharama | Amazon (Paperback)
ISBN:
978-0473387570