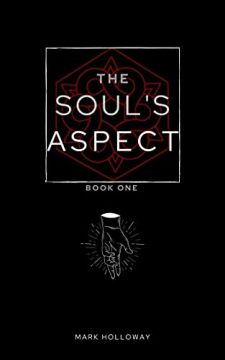 A healer forced to become a killer for an empire that would grind his country to dust.

Years ago, Aspectors walked the land, performing miracles both awesome and terrifying. They used their magic connection to the Aspect to serve the people of their country, healing the sick, and protecting their borders.

Then the Vin Irudur Empire attacked.

Now as soon as Aspectors are discovered, they are ripped away from their families and sent to academies run by the empire to be trained as the Vin Irudur see fit.

To Kehlem, Aspectors are a distant legend, of little importance to the town of Barrowheld where he works with his father as a physician. But when an enforcer of the Empire is sent to town in search of a rogue Aspector, Kehlem finds himself at the very centre of the empire’s attention.

Kehlem must prove himself useful to the empire, or risk being cast aside. To do so though would turn himself into a weapon so sharp, it would cut any that tried to hold him.

This book was written as a love letter to the genre, and only really exists because I couldn't quite find the kind of story I really wanted to read out there already, so I decided to write my own. This story really focuses on the not un-typical coming-of-age story but goes some way to subvert the 'normal' tropes that you would expect to see in that kind of sub-genre. In particular, I really wanted characters whose decisions not only felt real but who faced consequences for their decision that weren't rebuffed due to 'plot armour'.

This is the perfect autumn/fall book, written with the season in mind. I hope you enjoy reading it, as much as I loved writing about it. Please feel free to reach out to me on Instagram if you have any questions. United Kingdom
UK Based indie fantasy author. Like most in my arena, I grew up with a love for fantasy and science fiction books, and after not being able to find a book that scratched that itch we all feel some times as a reader, I decided to write my own. I have a background in medical science, and when I'm not reading or writing, I'm probably making music or taking photos.
Learn more about Mark Holloway