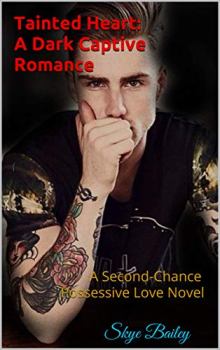 Audrey and Flynn are each other's soulmates, married and mated for life. Nothing could undo their happily ever after, until something does, and just like that, everything changes.

Flynn was a changed man, a broken man. He wasn’t the same man she’d married. He’d seen and done horrible things. There was a darkness in him now that wasn’t there before, and he couldn’t undo it. It was a part of him. He wouldn’t taint her with his love; so he went far away. So far away as to never have to worry about running into her. He went to the other side of the world, to a place ice-cold just like his heart. But then destiny decided to play a cruel joke and now she's in his sights again. He can't think, can't live knowing she's so close but yet out of his reach.

He wants her back. He wants to imprint himself on her and not only mark her but crave for her to be marked by him. But he was a changed man now. Could he be enough for her? Could he still love her the way she needed? Whatever the outcome, he couldn’t turn back now. He had to keep moving forward. He’d already taken her...

This is a standalone dark romance with a HEA, featuring a heroine who is stronger than she thinks and an anti-hero who isn't as monstrous as he thinks.

United States
Skye Bailey is the pen name of an author who lives in the United States. She likes to write heart-wrenching, dark romance stories with characters that have gone through hardship and abuse and have survived and become thrivers. The author herself has gone through many struggles in her life and sometimes incorporates those struggles into her stories. Her stories will almost always have HEA...
Learn more about Skye Bailey