Taking Action for a Better Tomorrow 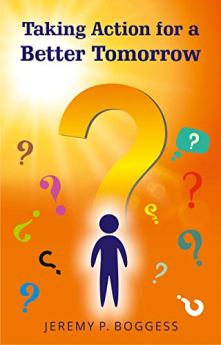 In our world today there are monumental and exponential changes occurring. These changes are happening not just in the local, international, and global arenas, but even within ourselves. Looking at ourselves, our governments, our societies, humanity, and the world in general, many questions and concerns may come to mind. Let us explore these, and discuss our responsibilities and the necessary actions that will help guide us into our future.

It is important to look beyond isolationism or globalization. There are many different contributing factors to our immediate surroundings, the cultures we live in, and the changing situations that all humanity shares. And there are also many different forms of cause and effect at work. We must examine all of humanity, from the various cultures and subcultures that exist to our individual selves.

The purpose of this book is to have you ask a variety of engaging questions, both of yourself and about the world around you. I want to help you explore these deep questions so you can find answers that will ultimately help you survive the intense upheavals of today.

Ever since Jeremy Boggess was a small child, he has felt that there would be a chain of events set in motion and that his task would be to help us all through those changes.

He was born in 1971 in the United States of America, and in 2016 moved to Europe. In the 2000’s he ran for the Idaho Senate several times as an independent with a desire to make a positive contribution to the lives of people. In 2008, while running for office, he self-published his first book of philosophical observations, Thoughts & Responsibilities. He graduated from Boise State University and Lewis-Clark... more