Simple and Healthy Recipes for Your Family 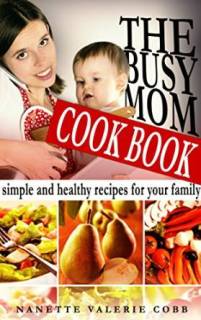 When you are women you have to think a lot of about your family, your office and your child. You need to know would be the best for your family and how to keep the each family members healthy and fresh! Here we bring you some simple and healthy recipes for your family in this book.

You need to maintain a regular healthy body as well as in-laws and other members. Here in this book we have discussed some yummy healthy desserts that can bring you an excellent result. You won’t want to get a heart disease problem in your problem.We can understand you the best!

We have described the recipes that can be an alternative to sugars which is the cause of many serious diseases.We have also added, cooker recipes that will soothe your work.You will be in hang out while the cooker will make some healthy dishes for you and your family. What you will have to do is to put the ingredients in the pot and just go out.

You will get to know here,
1.Nutrients you need for your family, which should you get and which you shouldn’t.
2. The Alternative sugar.
3. Healthy Main meals
4. Healthy Snacks.
5. Easy to prepare a meal using a slow cooker.

Born in Dublin, Ireland, in 1969, I am the youngest of eight children of Frances and Denis Donoghue (the literary critic, Henry James Professor at New York University). I attended Catholic convent schools in Dublin, apart from one eye-opening year in New York at the age of ten. In 1990 I earned a first-class honours BA in English and French from University College Dublin (unfortunately, without learning to actually speak French). I moved to England, and in 1997 received my PhD (on the concept of friendship between men and women in eighteenth-century English fiction) from the University of... more