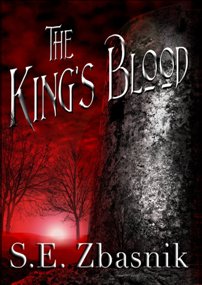 Save the Prince, save the world. Maybe stop for coffee.

Magic is coming back. Or so say the old prophesies cobbled together from wandering soothsayers, women huffing broken gas lines, and the back of comic tomes. The Evil Empire™ of Avar and its perfectly sane, in no way crazy Emperor risks others' life and limb to stop it from coming to pass.

The only obstinate chunk of gravel in their shoes is a small kingdom warring against the over confident reach of the growing Empire. The fight was going well for them, all things considered, right until their King went and let his head slip right off his shoulders.

Now Ciara, a black servant into her sixteenth year, finds herself on a mad quest across the countryside trying to get the second son and possibly only hope of the severed Ostero line back onto his throne. Along the way, she and Aldrin — the rather simple and OH GODS KEEP HIM AWAY FROM ANYTHING SHARP prince — find themselves at the mercy of assassins, witches, traveling historians, a sect of killer doctors, and the unblinkers.

Can two teens survive an entire Empire crashing down upon them while a shambling army of corpses waits patiently in the shadows? Will the religious fight for and against magic rip apart the world they all became rather fond of? And just how can a fifteen year old take over a throne dangling precariously over the edge of war?

Other books by S. E. Zbasnik