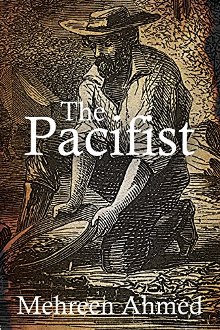 In 1866, Peter Baxter’s misfortune ends the day he leaves Badgerys Creek orphanage. Unsure of what to do next, Peter finds himself on a farm run by Mr. Brown. An aging man, Brown needs help and is happy to give Peter a place to live in exchange for his labor. Unbeknownst to Peter, Brown’s past is riddled with dark secrets tied to the same orphanage, which he has documented in a red folder.

During a chance encounter, Peter meets Rose. Peter cannot help but fall in love with her beauty, grace, and wit but fears that his affection will go unrequited as a result of his crippling poverty. But fate changes when Peter joins the search for gold in Hill End, New South Wales. Striking it rich, he returns to Rose a wealthy man. Peter is changed by his new found affluence, heading towards the mire of greed. Will Rose regret her relationship with Peter?

Meanwhile, Rose has her own troubled history. One that is deeply entwined with Brown’s past and Peter’s future.

Mehreen Ahmed has been publishing since 1987. Her first publications were journalistic. They appeared in the Sheaf, a campus newspaper at the university of Saskatchewan, Canada. Later on she published mostly introspective fiction and academic non-fiction. Jacaranda Blues, a stream of consciousness narrative is her debut novella. She has published The Blotted Line, a collection of short stories with Story Institute. Her other books, Snapshots and Moirae were first published by PostScript Editions, UK in 2010. Second editions were published by Cosmic Teapot Publishing, Canada in 2016. Cosmic... more