A Novel of Ascension 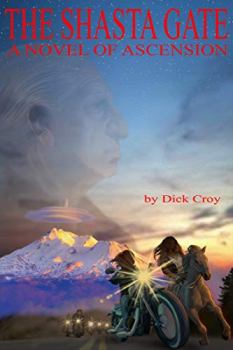 The novel marries the mythical quest tale with a nitty-gritty contemporary love story in which a young man and woman are so powerfully drawn to each other they oppose the attraction desperately, sensing in it great and dangerous personal change. Their mutual struggle brings out the worst and, ultimately, best in each of them, culminating in a union which we have watched evolve slowly and painfully from selfish physical attraction, and fear, to selfless love.

I see the novel as a sort of mashup of Zen and the Art of Motorcycle Maintenance with Joseph Chilton Pearce’s The Crack in the Cosmic Egg, except that The Shasta Gate is peopled with fictional characters embodying much of the essence of their philosophical ruminations. It's subtitled A Novel of Ascension.

THE SHASTA GATE: A Novel of Ascension | Buy on Amazon

Dick Croy is an award-winning screenwriter, novelist and playwright. He was writer and director of The Fourth Dimension, a documentary series of seven 60-minute television specials on the paranormal. His novel The River Jordan, co-authored with Henry Burke, was a book-of-the-year nominee in 2001. Fugitive Slave, their contemporary drama portraying the historical spirit of the Underground Railroad, is both an award-winning screenplay and a stage play which has received readings by the Classical Theatre of Harlem and other theater companies.