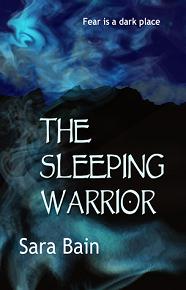 LONDON solicitor Libby Butler’s life is in a self-inflicted mess. Her affair with her boss is going nowhere as is her position in a city law firm. A narrow escape from the knife of south London’s elusive serial murderer, The Vampire Killer, has challenged her outward bravado and left her nerves in tatters.
When duty calls Libby to a police station in the middle of the night, she meets the enigmatic Gabriel Radley. Dressed like an ancient warrior, Gabriel has a habit of disappearing from police custody and danger appears to dog him.
Gabriel is searching for a 'stone', its value 'beyond human imagination', that will help bring a 'monster' to justice. When Libby agrees to help him, she plunges her life into grave danger where no one is safe.
A cult who call themselves The Awakened, a gangland thug and his henchman, a female assassin, a detective chief inspector from Scotland Yard, and even the serial killer, all become inadvertently embroiled in the chase for the stone and the pivotal force of Gabriel.
As the death toll rises, Libby is forced to face herself, learn the true value of life and the potent significance of the Sleeping Warrior within.
Buy on Amazon
Sara Bain's website
The Sleeping Warrior | Amazon UK
The Sleeping Warrior | goodreads
ISBN:
978-1910692363 United Kingdom
An imaginative thinker with a career as diverse as the number of genres her fiction crosses, Sara Bain is one of those people who has the ability to write to any formula but chooses to adhere to none. She was brought up in London, qualified as an English barrister and pursued a career in legal publishing where she learned to produce academic texts and draft complex legal forms. She then left...
Learn more about Sara Bain