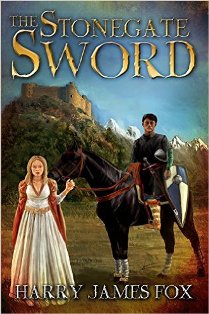 Love, war, courage and redemption as swords clash in the Colorado Rockies.

An army moves east. The Old Empire is gone. The free towns of the rugged mountains and plains are in the path of conquest. Donald of Fisher, outcast and alone,  is in the path of march, searching for his lost love, Rachel, who has been captured by the Raiders—minions of the Prophet. Facing a bone-chilling blizzard, alone, is the least of his problems. Don must search a mighty range of mountains, find his lost love, and set her free. Then there is his duty to add his sword to the tiny band of defenders.

More frightening than the mighty enemy army is their rediscovery of an ancient weapon—cannons. What can one person do in the face of a war that will shape the future of a continent?

Harry James Fox has ridden horseback over much of the landscape that appears in his novels, since he was born and raised on a ranch in western Colorado. His love of horses and ancient weapons, as well as his military training make his discussion of military matters gripping and credible.
I am from the USA, born in Colorado. I was raised on a cattle ranch in the western, mountainous part of the state. In many ways, my early life was much more like the 19th century than the 20th. I can’t remember not being able to ride, since I was thrown on a horse’s back when I was still crawling. My... more