To Be: An Inspiration 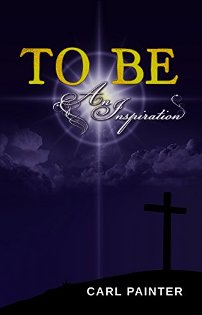 William Shakespeare wrote the most profound question of all... "To Be, or Not To Be?" This is the sub-theme of this book, which is written from nearly forty years of vision and revelation, which led the author to find the answer that lies "beyond the shadow of a doubt" in our mind, where there is no question, only knowing. It is intended to be a 'little light' reading, that will encourage and inspire the reader to seek out the undiscovered realm that lies beyond their wildest imagination, to discover the Image-Nation of Eternal Love, the Kingdom of God.

Carl John Painter (Little John), was born in 1963, in the South Island of New Zealand.
At the age of three, he began to receive visions and in 1983, at twenty years of age, migrated to Australia and eventually became a citizen in 2014. After an encounter with God in 1984, he sold his business and gave away all his possessions and travelled around Australia.
He has received many visions and revelations during the course of his life and when people ask why, his humble response is "You know, I asked God that once and He said 'Had to be someone, just happens to be you'".
Carl... more