A Collection of Science Fiction Gems 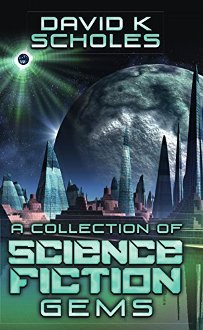 From a Rescue Service for accidental inter-dimensional travelers to a being for whom Feeding Time is very emotional to a startling look at the Other Side to the shocking secret of the thin front line of Urban Pacifiers and the very pleasant ending of Footnote.

And much much more!

David has been a regular contributor to the Antipodean SF, the Beam Me Up Pod Cast and the Farther Stars Than These sites. He has also been published on a variety of other speculative fiction sites including Bewildering Stories, 365 Tomorrows, the WiFiles and the former Golden Visions magazine.

Other books by David K Scholes