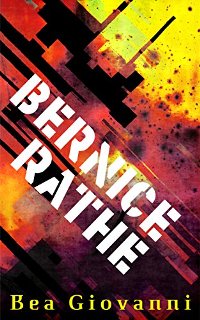 Deep, dark, state secrets send Bernice on a journey like no other.

Deemed a music child prodigy and becoming one of the youngest prosecutors in the nation, Bernice Rathe is undoubtedly a high achiever and accomplished person, who had to overcome many barriers to achieve her success.

Bernice’s ambition and desire to fight for justice led her to apply for a top secret government job. A perfect candidate for the job, Bernice’s vetting process went smoothly until one day the process stalled and eventually her life derailed. Instead of working for the government in fighting for justice, she became a target for rogue government elements. Desperate to prove her innocence and uncover the truth, Bernice is discredited and falsely pegged as bipolar and paranoid delusional as well as a terrorist, among other lies and deception.

But, why? Bernice sets out to find the truth about why she has been discredited and targeted for death by these rogue elements. She faces the biggest challenges of her life. However, the secrets she finds will shock and rock the nation and world.

Get your Kindle edition of 'Bernice Rathe' Now