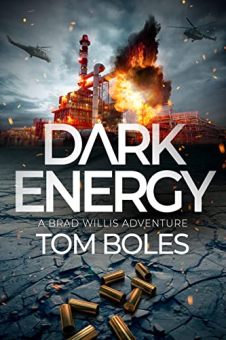 Brad Willis is an unlikely investigator, and an even less likely spy.

He is a scientist, not a hero, but when it comes to finding technical solutions, there is none better. That’s how MI6 uses him; that’s how he lands himself in trouble.

Members of the scientific community around the world are being systematically murdered, and for no obvious reason. Who is killing them and why?

That is until Willis uncovers a mystery. A discovery has been made but not reported by the largest research facility in the world. Why should that be? Why would someone want it hidden?

His enquiries take him across four nations. He forms liaisons with a Russian General and an oligarch. Can he trust either? If he chooses badly, he is as good as dead. He suspects everyone, so can trust no one…

He will need to risk his life to find out…

Enjoy Langdon, Reacher, Wick, Bourne, Pitt or Bond? Then Brad Willis is for you. United Kingdom
Tom Boles is a Fellow of the Royal Astronomical Society and a past President of the British Astronomical Association. He has discovered more supernovae (exploding stars) than any other individual. For his contribution to astronomy, he was awarded the Merlin Medal and the Walter Goodacre Award. The International Astronomical Union has named main belt asteroid 7648 Tomboles in his honour. His...
Learn more about Tom Boles