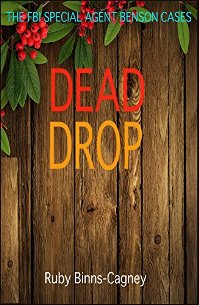 Millionaire and Runway Model Riley Keefe is found dead at her residence in Long Island in this action-packed story.

Empty prescription bottles which once housed barbiturates are strewn across her bed, and the Medical Examiner suspects Riley had committed suicide; after several failed attempts over the past year.

Riley Keefe has cried wolf for the last time.

When the autopsy is conducted, the cause is death is undetermined, as no trace of the pills were found in Riley’s blood. The search of the victim's bedroom fails to turn up a murder weapon. Nothing in the victim's body can explain how she died. Visible bruises and scratches suggest she was dragged across the room to her bed, but by whom?

Someone with an alternative agenda leaks crime scene photos of the victim - naked on the bed with pill bottles and evidence tags around her - which raises the NYPD's alarm at One Police Plaza. Nick's team are called in to explain how the photos were leaked, and to establish what the suspect’s endgame is.

With the Mayor up for re-election, the last thing NYPD needs is a scandal to take the spotlight away from his campaign, nor to alienate his campaign’s contributors.

As the shock of Riley’s death reverberates through the Modelling community, recent events in Riley’s private life become very public; and those who knew her the best realise their sordid secrets are at risk of being exposed.

All her dirty little sexual secrets are about to be aired in public.

FBI Special Agent Nick Benson has to determine the motive for Riley’s murder before incriminating evidence in the case is found and his protection of a prominent Public figure becomes crucial.

Nick also has to cope with being investigated by Internal Affairs for his unconventional methods of law enforcement. It pains him to appear professional and at the top of his game all the while being under close scrutiny by unwelcome parties in search of their quarry.

The day of reckoning has been coming for a long time but Nick is prepared to fight to keep his sanity, his integrity, and more importantly his will to live.

If the IAB shut Nick down it could trigger an explosive response.

One which could prove devastating to the FBI, NYPD and those who choose to oppose him. With graphic scenes of murder, autopsy, sex and violence this material is unsuitable for minors.

Only those aged 18 or over should read this book.