The Ancient Mystery That Holds The Secret of Newgrange 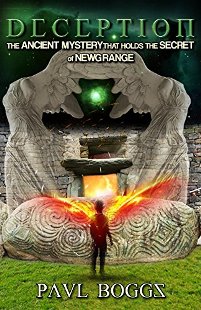 This ebook is part of a larger book titled: AMERIKA: The Re-Mastered Christian Majority which describes the influence a once powerful old world order system still has over our modern society. As evidence to the fact, I use the chronicles of ancient Celts and Picts to illustrate how this old world order system has been used for over two millennia to subjugate the human race.

This short ebook covers both the archaeological and historical evidence which shows that our entire planet was once ruled by a totalitarian regime based in ancient Babylon and describes how that system was destroyed by ancient Celts and Picts. I provide modern day evidence that shows how the descendants of these ancient Celtic liberators are being hunted down and systematically exterminated by The Church of Babylon.

If you have not yet read AMERIKA: The Re-Mastered Christian Majority, this ebook is a great place to start. If my ebook ‘DECEPTION’ inspires you in any way please read AMERIKA: The Re-Mastered Christian Majority and then refer its content to those you care about in person and on social media. I would also very much appreciate it if you would leave me a positive review on amazon.com. Thank you!

Paul of the Scottish Boggs Family is a Christian, husband, father to four children and descendant of the Christian kings of Dál Riata in Scotland, an ancient Gaelic Irish colony credited with bringing Christianity and literature to Scotland c.500 A.D. For the past twenty-two years Paul has worked as a high-level consultant, throughout the International Community, with entrepreneurs in the nascent stages of their businesses. It was during this time span that he pursued interests, within the Industries of technology, risk capital, alternative medicine, entertainment, and manufacturing. In... more