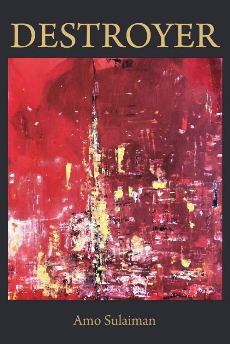 Mr, Cougar knows the time of his death.

The Timeman can trap and enslave his soul.

However, souls are community entities not a metaphysical item the Timeman should control.

Due to knowing the time of his imminent demise, Mr. Cougar wants to give his loving family and dearest friends a farewell to remember. Without fear he also tells his precious daughter, who is thrown into a state of bewilderment, caught between love and community reprisal.

Since death cannot be commanded, the unknown fore of the Timeman wields it, and Mr. Cougar is an unequal adversary. The Timeman manifests himself as the Destroyer, and yet he also keeps the souls he collects. In this struggle the two, protagonist and antagonist, seek the truth between the mind and the body, using the soul as the prize.

Mr. Cougar wants to say farewell to his loving family, dearest friends, and neighbors. He fearlessly cries out the exact time of death to his affectionate daughter. His revelation throws her in bewilderment, caught between love and community reprisal. Since death cannot be commanded, an unknown force wheels it. The Timeman appears to Mr. Cougar as an unequal adversary. He manifests himself as time, the destroyer and yet the keeper of souls. In this struggle, the mind/body relationship comes to light as well as souls are community entities, not a metaphysical item that the Timeman can trap and enslave in a time cell.

“The Destroyer is a fast-paced novel with well-crafted characters. It is about Mr. Cougar who knows what none of us know: the exact date and time when his death will occur. As words spreads of this upcoming event, people come from all over with reactions of disbelief, fear, anger, and sadness.” Dr. Walter Businger, Bern University of Applied Sciences.

"Amo Sulaiman is a writer of philosophical fiction. The Destroyer explores the mind/body tension from the angle of death and time. Told as a gripping account of a man's close relationship with his daughter, the novel is both deep and accessible.” ~ Dr Sämi Ludwig, Department of English, University of Berne, Switzerland.