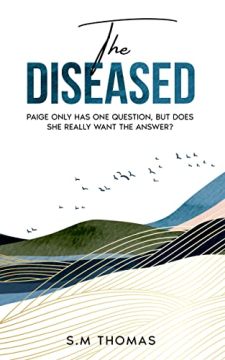 What would you do if you woke up to the question "Where is your husband?"

As you lay in a hospital bed, unsure of how you got there, would panic or denial hold you in that moment? And what if the people asking you that question repeatedly were Government Agents who should have no interest in your missing spouse?

All of this is faced by Paige Hanson when she wakes up in hospital after an accident she can't remember. Her husband Leo hasn't been seen since the night before and try as she might, she can't remember their last conversation.

Having had a photographic memory since early childhood, Paige now finds her memories hazy, unpredictable and confusing, and yet is willing to do whatever it takes to find Leo and bring him home - even if that means turning to the one person she swore never to rely on. All she has to go on is her gut instincts and the last two words that Leo secretly left behind.

But as Paige comes to terms with what is happening around her, she is suspicious of those interested in Leo and his disappearance.

In order to protect Leo, Paige is determined to uncover the truth and find out why this message had to be hidden. But once she starts on this murky road, is it too late to turn back or will it change the course of her life forever?

Set on Earth Two, this novel has been described by readers as a genre mix of medical, psychological, techno thriller with a hint of sci-fi dystopia - it's a book many people have been unable to put down.

Join countless other readers and explore the dark personalities of characters that Paige encounters which will make you second-guess your own gut instincts, be suspicious of everyone and make you want to discover the one question that everyone has been asking; what really happened to Paige’s husband?

United Kingdom
S.M Thomas; or Steph as she’s more commonly known, has been writing since she could hold a pencil. Even at a very young age she had an interest in the other wordly aspect of the written word and could often be found writing about aliens, magic and everything in between. In 2018 she independently published her debut novel The Light - a dark, dystopian world in which the survivors of the...
Learn more about S.M Thomas