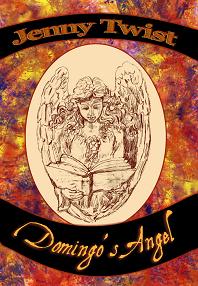 I retired and moved to Spain eleven years ago and I am ashamed to say that before I came to live here I knew nothing of Spanish history other than than the stuff we were taught at school. I knew that it was the Spanish Ferdinand and Isabella who financed Christopher Columbus and so conquered the Americas. I knew about the Spanish Inquisition and I knew about the Spanish Armada.
But I had no idea, for example, that Spain was under Moorish rule for hundreds of years and had a rich heritage of Moorish architecture and culture. I had not realised that the same Ferdinand and Isabella finally drove the last of the Moors from Spain and instituted a harsh and repressive regime which kept the Spanish people in feudal poverty right up to the twentieth century.
And nobody told me about the war.
I was horrified to find out about the dreadful atrocities committed by both sides during the Spanish Civil War and the appalling cruelty perpetrated against the Spanish people under Franco's fascist dictatorship – which lasted from 1939 till his death in 1975. I had actually been to Spain on holiday while he was still in power!
I didn’t set out initially to write a novel about it.
What happened was I wrote a short story and it grew. But as it grew I realized I had a lot to say.
The first chapter is essentially the original short story and tells of an English woman who came to Southern Spain in the early 1950s. Tourism had barely touched the country at that time and the people were only just beginning to recover from the deprivations of the war. She arrived in a remote mountain village and caused some consternation amongst the inhabitants, who had never met a foreigner before. But Domingo, the goatherd, fell in love with her. When she introduced herself, he believed she was saying she was an angel (‘Soy Ángela’ in Spanish can either mean ‘I am Angela’ or ‘I am an angel’). Hence the title of the story.
I entered the story for a competition and it was short-listed, which was encouraging, but didn't win.
In the meantime, I had become more and more intrigued by one of the characters, Rosalba, the shopkeeper, and I found myself writing a sequel and then another, and before long it came home to me that I what I had here was an embryo novel.
Because it was initially a series of short stories, the first few chapters, to a large extent, stand as individual stories; and I did, indeed, publish them as such in a local magazine.
But it wasn't too difficult to go over them later and make them into a more homogeneous whole. And as I learnt more and more about the history of my adopted country, I incorporated it into the novel, introducing past events through the memories of the major characters.
I had huge difficulty researching the history because there is so little written about it. You can find out a great deal in the way of historical background from books like 'The Spanish Civil War' by Anthony Beever, which has a lot of (some might say rather too much) information about what went on in the major cities. But there is virtually nothing written about what went on in the little villages, and the people are very reluctant to talk about it. It was a nightmare for them. Brother fought against brother, and in Spain the family is everything.
I relied on what I knew about my own friends – the story of Salva the Baker, for example, who was imprisoned for years for giving bread to the starving children, is true. I also transposed some of the real events from the history books to my own imaginary village.
Some of the things that happen in this story are bloodthirsty and shocking, but there is a lot of love in it too. I hope that I succeeded in portraying for my readers the cheerfulness, humour and exuberance of the Andalusian people. And it would be nice to think that it might do something to dispel some of the ignorance about this fascinating period of Spanish history.
Buy on Amazon
Book is available on Amazon.com
Also available on Amazon.co.uk
ISBN:
978-1492755616 Spain
Jenny Twist was born in York and brought up in the West Yorkshire mill town of Heckmondwike, the eldest grandchild of a huge extended family. She left school at fifteen and went to work in an asbestos factory. After working in various jobs, including bacon-packer and escapologist’s assistant (she was The Lovely Tanya), she returned to full-time education and did a BA in history, at...
Learn more about Jenny Twist

Hi Mysti I only just found your comment. Thank you so much. You are one of my favourite people. You are always so kind and supportive. Love Jenny

DA will go down in history as one of my most memorable reads ever! I'm such a JT fan :)

Hello Margaret. Thank you so much for your lovely comment. Spain has certainly grabbed my heart. If you do Facebook, I'd love to meet you on my author page: https://www.facebook.com/pages/Jenny-Twist-Author/291166404240446 Love Jenny Xx

Hi Jenny, Sounds like a wonderful read. Spain is a country whose history I know little about, so I found your blog extremely informative. regards Margaret

Thank you so much for hosting my book. I love this site. xx