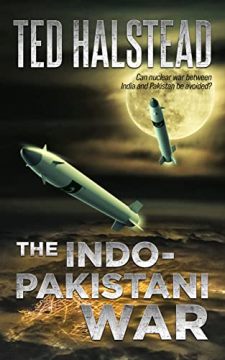 Russia has learned that the theft of two Pakistani tactical nuclear missiles will be used to spark a nuclear war between India and Pakistan.

And that’s a problem. Because Russia’s invasion of Ukraine has left it with just two friends among the world’s leading countries. China and India.

Years ago, Russia secretly promised India support if China or Pakistan attacked it with nuclear weapons.

Much more recently, Russia made another secret promise, this time to China. That if nuclear war ever broke out between India and Pakistan, Russia would support China’s ally, Pakistan.

Russia was forced to make that promise because China is now the only reliable major market for Russia’s oil and gas. Without that market, Russia’s economy would collapse.

Pakistan’s ISI and India’s R&AW are both capable intelligence agencies. Both have also learned about the plot, though neither believes it can succeed.

And each have their own agendas.

Can the Russian agents prevent nuclear war on the subcontinent? Or will the conflict grow to include Russia and China, and then finally start World War III? United States
Ted Halstead served twenty-five years in the State Department as a Foreign Service Officer, most of it overseas, and was promoted to the Senior Foreign Service after his second tour at US Embassy Riyadh. His tours included four years at US Embassy Seoul, and two years at the East Asia Pacific Bureau in DC. He is a National War College graduate, and served for three years at a regional US...
Learn more about Ted Halstead