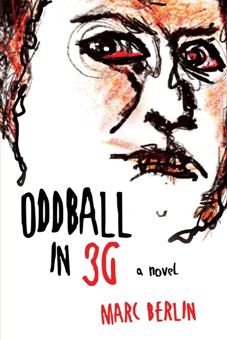 In this wry thriller, a shy loner is pushed to unspeakable violence when confronted by an inner-city drug gang.

He’s been fired from his job, split with his sexy girlfriend, and has a controlling overbearing mother he feels obligated to call at least once a week. As a result, he’s developed a distressing anxiety disorder.

Robert lends money to an acquaintance across the hall in his building, a small-time drug dealer named Skids. When Skids is later assaulted by enforcers working for the Dragons, an inner-city drug gang, he hands Robert a package to hold for him until he either asks for it back, or dies.

Lonely but determined to find a new girlfriend, while jogging one morning Robert meets the beautiful and willowy Lindsay Marriott, whom he awkwardly begins to romance. Not long afterward, he finds himself in a brutal one-man war with the Dragons, who believe Robert has money Skids owes them.

Robert is soon juggling an increasing array of anxiety-heightening issues, which together conspire to wreak havoc on his fragile sanity.

United States
Marc Berlin has held a variety of jobs including journalist, media executive, screenwriter, and filmmaker. He currently lives with his wife, Heidi, in Plymouth, Mass. When not evading the paparazzi, he can usually be found deep-sea fishing, playing poker, or shooting trap.
Learn more about Marc Berlin