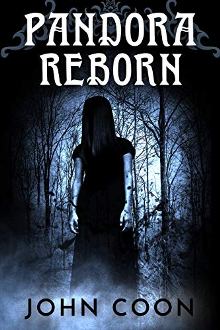 A buried chest is unearthed. A malevolent witch returns. Can Ron Olson stop her before she destroys Deer Falls?

Ron is a reluctant newcomer to this small Colorado town. Adjusting to life in Deer Falls is tough for Ron, who has been torn away from his father, his friends, and his soccer team. He did not sign up for this change, but things are about to go from bad to worse.

His situation takes a frightening turn when a mysterious woman in black is released from a buried chest that imprisoned her. This ancient and powerful evil descends upon Deer Falls once again, as she did 55 years earlier, and a series of unexplained deaths follow.

No one is safe. Anyone in the town could be next.

Ron soon finds himself and his new friends targeted by the centuries-old malevolent witch as she spreads terror and death upon Deer Falls a second time. Will they find out the truth behind the string of deaths and disappearances and uncover the means to stop the witch before more people die?

John Coon's debut novel, Pandora Reborn, is a relentlessly suspenseful small-town horror tale in the tradition of Stephen King and Charles L. Grant that will hook you from start to finish.

Pandora Reborn first took shape during my teenage years. I drew inspiration for the central premise of the book from an urban legend concerning the lost Rhoads mine in my hometown of Kamas. The image of an imprisoned witch as a vengeful guardian spirit inside the mine took hold when I read about the legend. Over the next two decades, it eventually grew into my debut novel.

Other books by John Coon