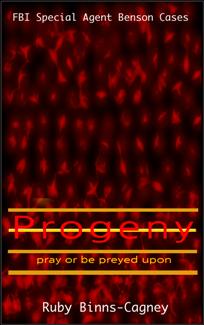 An FBI Special Agent Nick Benson thriller.
Two FBI Agents are reported missing from an assignment in a small town and FBI Special Agent Nick Benson is sent to find them and bring them home.
When a small town Sheriff is brought into a horrific case in Lake George, Upstate New York, he assumes the attacks have begun again.
Days later, the discovery of a second set of human remains in the same area sets Sheriff Danvers on a quest to track down the beast in order to restore peace to the town.
He implements a curfew, in a bid to keep the residents safe, but the murders continue.
His next move sets into motion a chain of events where the hunters become the hunted.
Secrets and lies of the town are slowly revealed, and no-one is above suspicion.
FBI Special Agent Nick Benson brings his Team to the woods to join the hunt but the beast evades capture, and moves closer to the town, putting the resident's lives at risk.
Every step closer to the truth makes Nick question whether he will make it out alive as the body count rises.
Buy on Amazon
Progeny | SmashWords
ISBN:
9781502752307