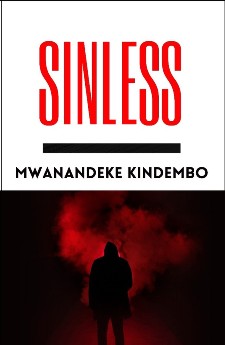 The author has examined the most confused and controversial topic of all the time. That is to say, The Origin Sin, or the sin that was committed by Adam and Eve. Thus, taking us back from the very beginning of the creation; according to the religious beliefs.

Following the Christians doctrine, Jesus was born, raised and died on the cross in order to break the burden of the Origin Sin. All in the name of paying the price of the damage that was done before his existence; washing away your sins and thus, achieving salvation or enlightenment at the end of the journey.

The concept of the original sin is the most misunderstood that resulted in the three major Abrahamic religions, Judaism, Christianity and Islam going their separate ways. The doctrine of the Origin Sin implies that there is no free-will and we must all follow in the footsteps of our father Adam and mother Eve. In other words, we are left without choice but to inherit their sins and expect to be judged accordingly.

The main objective of writing this little book is to clear out some misunderstandings found in the Abrahamic religions, that's to say in Judaism, Christianity and Islam. The reader will be met with several quotations from the Holy Bible and Qur'an (Koran).

Apart from that, it will take you back to the very beginning of everything, according to the creationists and religious people. The reader will be capable to explore the beauty of other religions and see through their common grounds, if you believe in any of the mentioned Abrahamic religion above.

In short, the book is a great read to anyone who wish to explore the spiritual roam and increase their intellect on the religious matter. It's meant for the open-minded people, or those who wish to travel beyond the dogmatic beliefs that you have been holding deep inside your heart. It's often said that "taste and you shall see", the final judgment is left into your hands now! Ireland
Mwanandeke Kindembo is a Congolese author of self-help books. He's an engineer by profession, passionate about sharing ideas, most of them through writing. His appetite for writing emerged after graduation, when he obtained a BEng (Hons) in Computer Engineering at TU Dublin. Subsequently, he became involved in philosophical, psychological, theological and mystical works. Which are the main...
Learn more about Mwanandeke Kindembo

DELIVERED BY A QUEEN