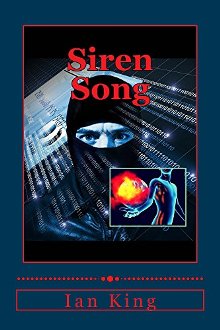 The War on Terror is in full swing. Millions are indiscriminately swept up in its Siren Song, from presidents to playful children. The president of the United States is morally torn between his humanitarianism and his constitutional duty to protect his citizens; Mo, a wretched youth, is waylaid by the treacherous teachings of his imam in prison; Ayaan, a lost soul, is lured into a romanticism of cataclysmic proportions on the Internet; Imam Khalifa struggles with his piety in the face those whom he is charged with saving.

On the other side of the ledger, Jillie's prejudice is mirrored in her captors' drive for revenge, and Jo-Buck's patriotism goes tragically awry. All are witnessed by a Supreme Being, who despairs of them all. For the Love of God, apparently, the world is thrown into nihilistic turmoil, threatening Har Megiddo (Armageddon) 2.0.

The question is posed: how did it come to all this? Will they all ever get back out?

Obviously, the current War on Terror has been of major concern for all of us for some time now, sixteen years and counting. In particular, apart from the immediate dangers to life and limb that it directly poses, I have been puzzled by the drive towards executing such nihilistic zealotry in our era. I wanted to try and understand it, as best anyone might be able to, that is. So, I researched the issue as thoroughly as I could, and came to realize that the drive to terror is a multi-faceted phenomenon, complex and beyond easy and lazy explanations that reduce it to nothing more than outright evil. It certainly is the latter, but there's so much more.

It's this complexity, and perhaps ultimately terrorism's unfathomableness, that I try to explore in "Siren Song." That's why I recruited so many main protagonists to my cause; potential terrorists come from many walks of life, and I wanted to show them as living, thinking, and emotional creatures, as well as victims themselves, in a way, of the truly senseless War on Terror. Beyond laying out this "socio-psychological" analysis in literary form, I also wanted, as in all my other novels, to hopefully leave the reader in something of a different conscious state than they were before they read the novel. This a lofty goal, to have one's literature change people's consciousnesses in this way, but for me such an outcome is the true mark of literature, that it's more than just a "ripping yarn," a passing moment of mild entertainment.

United States
Born in Lincolnshire, England, in 1951, Ian King served for five years in the Royal Navy as a hydrographic surveyor in the early 1970s, before going on to the University of Hull where he graduated with a BA (Honours) degree in Politics in July 1980. He left his native country in September 1980 to attend graduate school at the University of Minnesota, Twin Cities. In 1984 he earned a PhD from...
Learn more about Ian T King